Three adventurous brides, dare to take charge of their own lives and seek shelter in the West. But the greatest gift they discover at the end of their journey is unexpected love. Will the cowboys they have fallen for prove brave enough to love them and save them from danger?

Combined, all three stories have more than 850 positive reviews on Amazon and have been downloaded over 39,000 times!

After Leonie finds the man she was promised to wooing her step-sister, she decides to travel West and get married to an unknown rancher. Jessie never wanted to enter into matrimony again but, honoring his dead brother’s promise to Leonie, he takes her as his wife. When push comes to shove though, Jessie will have to protect her and his and three unruly kids from danger. Will Leonie and Jessie belong to each other as Fate has planned?

#2 An Unexpected Governess for his Reluctant Heart

After a flood takes away everything she’s ever known, Zadie flees West to become a governess to Simon’s orphaned niece and nephew. Simon’s heart is closed to love and he has dedicated himself to saving his family’s ranch from ruin. When Zadie and Simon come face to face with a man who wishes to separate them though, they must unite. Will they put their insecurities aside or will they miss their only chance for a happily ever after?

#3 Finding the Key to his Sheltered Heart

Striving to make ends meet, and desperate to escape her dangerous suitor, Daisy writes to a recluse rancher who is searching for a wife. Devastated by his painful past, Leo has isolated himself from the rest of the world, but an unexpected letter turns his world upside down. When a wealthy miner wishes to steal Daisy away from him though, the ghosts from Leo’s past come to life. Will they risk everything to stay together?

Here are my best selling books that I included in my Book Collection "Three Daring Brides Meet Their Match"! 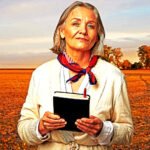 An Unexpected Governess for his Reluctant Heart
February 2, 2022
 4.4/5